There is a rising interest in reducing food loss (food that is still safe and edible, but are disposed for various reasons.)

Food banking, which is an activity that receives these kinds of food and passes them on to those who are in need, is also increasingly gathering attention.

We hope that this can be an opportunity to raise awareness to more people. 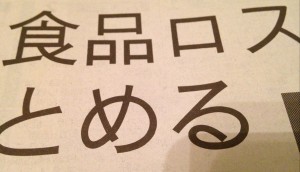