We were interviewed by Fuji Television’s FNN Speak’s crews! The Show will be aired in August

We were interviewed by Fuji Television’s FNN Speak’s crews!

FNN Speak is a TV program aired on around lunch time on weekdays.

The picture below shows a staff member from one of the facilities which we send food to being interviewed by the crew near our warehouse. 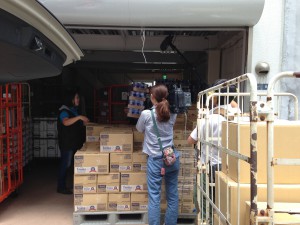 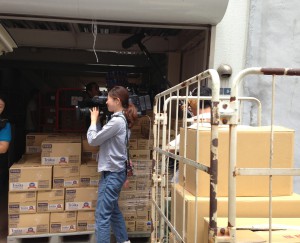 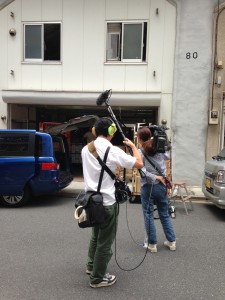 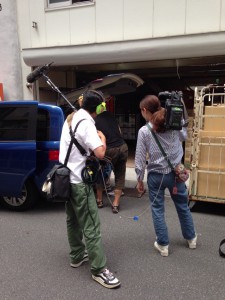 The camera staff and the audio engineer are standing in Chiyoda ward. 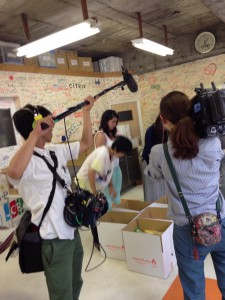 This is at our office in (which is a few steps away from the warehouse but located in) Taito ward. This day, volunteers were making food packages to send to those in need. 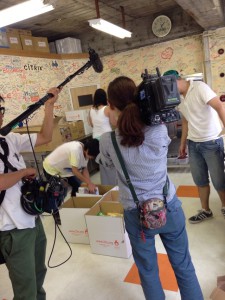 Two staff members and three volunteers were making the packages. 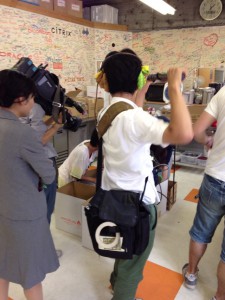 It gets so hot when you’re moving around and making packages in the summer. 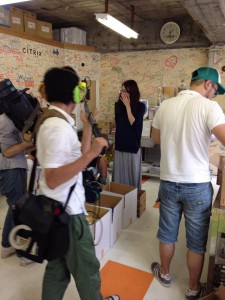 However, we sometimes get letters of thanks from the recipients. These words of thanks makes the job worthwhile. 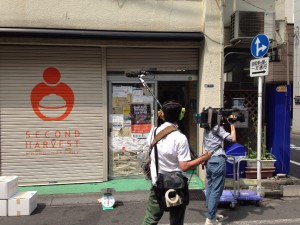 Lastly, they took a shot of the outside of our office.

The program will be aired on August.