July 25th, 2013 Lecture on Food Disposal and Food Loss to those Working in the Food Service Industry

On July 25th, 2013, PR officer Ide Rumi gave a lecture on food disposal and food loss to those working in the food service industry. 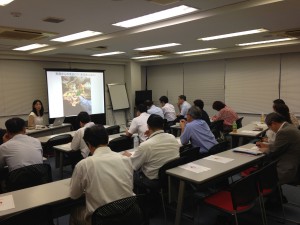 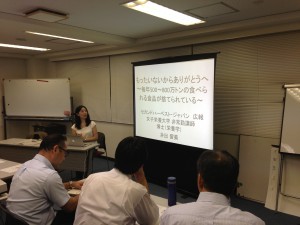 It is said that half of food loss happens at homes and the other half at corporations. Japan produces from 5 million to 8 million tons of food loss annually. These numbers are as large as the annual rice production of Japan (8.4 million tons.) 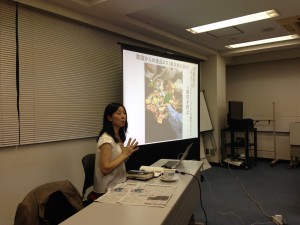 The government these numbers seriously and had decided on 5 governmental offices who should solve this problem.

The five offices are MAFF, the Consumers Affairs Agency, Ministry of the Environment, MEXT and the cabinet office.

However, aside from MAFF, who had been the managing governmental office when it comes to food loss, there is not much cooperation going on between the 4 other government offices. 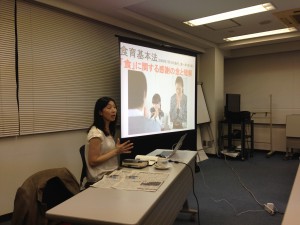 Some food service corporations have already started donating food to 2HJ. They have sent us frozen food items that were left unused in food sanitation inspections. 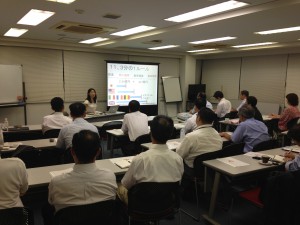 We have also been approached by another food service company recently. They are saying that they would like to donate items whose packages are damaged but completely safe and edible.

The tide is turning in favor for those who support reducing food lose; some food manufacturers are going to experimentally extend the delivery deadline for their food items. 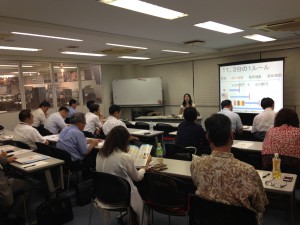 We hope that more people will be interested in this issue. 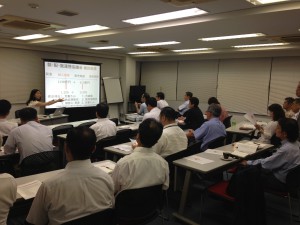 There is no possibility that food loss will be completely gone. This is because there are many complex intertwined reasons that produce food loss.

However,  we believe that it is important for each stakeholder to do whatever they can do in their positions.