2013 May 19th, we appeared in NHK’s Ohayou Nippon which, a show that broadcasts nation-wide from 7AM. 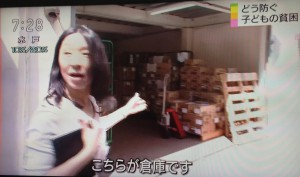 The theme of the show this week was “child poverty.”

Second Harvest Japan was introduced as an organization that provides food to children and people who are struggling from poverty. 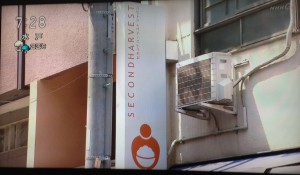 The show first introduced comments from children who contacted the Child-line Support Center. The show also introduced how children, who previously have been less likely to be represented in the low-income population, are becoming more and more prone to poverty.

Next, Second Harvest Japan was introduced as an organization which provides tangible support to those living in poverty. 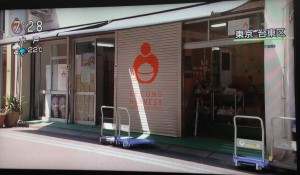 Second Harvest Japan supports socially vulnerable populations such as single parent households, the elderly, refugees and foreigners living in Japan. Children are especially vulnerable since it is hard for children to speak up in society when they are in need.

Thus, we commented in our interview that support for children must be given priority. 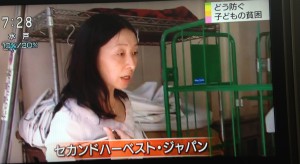 Second Harvest Japan has been receiving left over foods and foods that are unable to circulate in the market from food companies and farmers, and has been redistributing these foods to those in need since 2000. 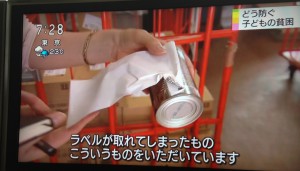 Somewhere between 5 million and 8 million tons of edible food is thrown away in Japan annually. We call this “food loss.”

The show also introduced a maternal and child support facility in Yokohama city, Kanagawa prefecture as one of the facilities that Second Harvest Japan supports.

At the end of the show, the show introduced an organization that provides coupons for students in order to support their education, and a college student who utilized these coupons to enroll in college.

Poverty rate of children is 15.7 percent in Japan.

This is a high rate compared to other developed nations.

We wish that more people learn about child poverty in Japan and that this knowledge on child poverty will link to change in awareness and behavior modification of the broader population.