Kewpie has been supporting us since 2007 when they began a new project to donate emergency rations.

These rations are regularly replaced well before their expiration date. Instead of destroying them, they are now donated. 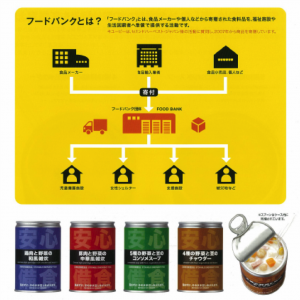 We hope more companies will follow the example of Kewpie and donate their emergency rations when they replace them.

Information about cooperation between Kewpie and 2HJ：